Our largest group show of the year! 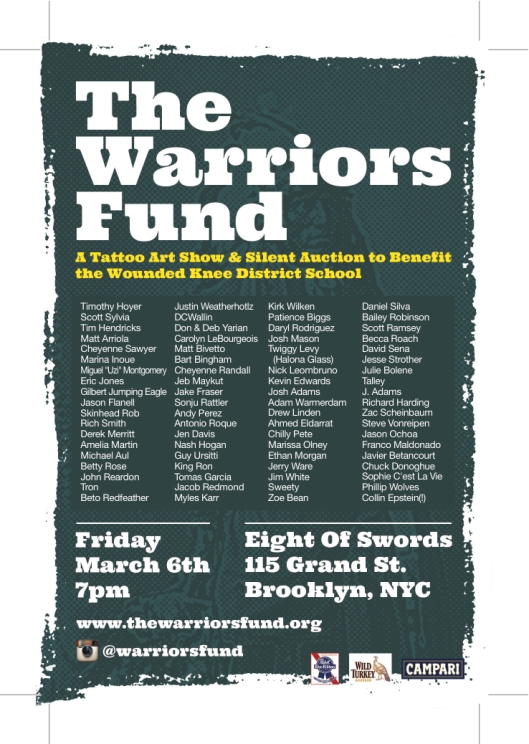 The Warriors Fund is a tattoo art show and silent auction slated for Friday, March 6th, 2015, to benefit the students of the Wounded Knee District School (WKDS), home of the Warriors. View previews of the participating artists on the @warriorsfund instagram.

We’ve invited over 75 talented tattoo artists from across the country to donate an original drawing or painting that will be sold to raise money for the food pantry at WKDS. We’ll hold a silent auction for the pieces on Friday, March 6th, 2015 and the exhibition will run through the month at Eight of Swords Tattoo in Brooklyn. 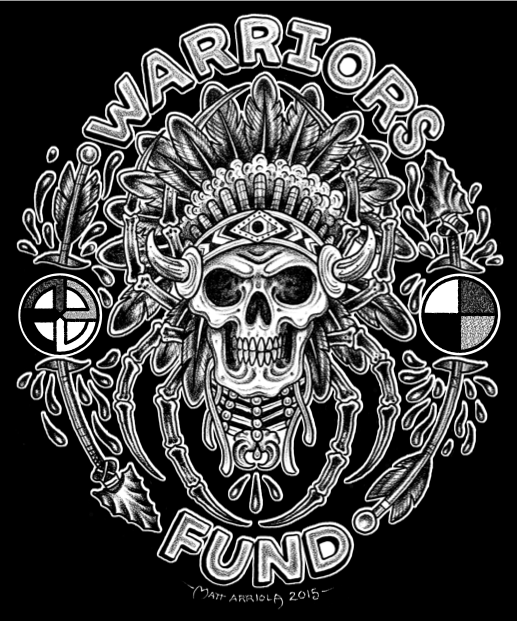 The WKDS serves 134 K-8th graders on the Pine Ridge Reservation in South Dakota. In her first year as principal, Alice Phelps has made huge strides at WKDS. She’s extended time for math and reading while also prioritizing cultural-based learning activities, such as Lakota language classes. Like any school, the WKDS is full of students with unlimited potential; but unlike most schools, many of its students are going hungry.

While each student qualifies for free meals during the day, the greater need is at home. Principal Phelps has made arrangements with Feeding America in Rapid City to come out once a month and do a food distribution for the families, but it’s simply not enough. So Alice has taken matters into her own hands. With only a single convenience store on the reservation and the nearest grocery store a staggering 80 miles away, she started a food pantry that she runs out of the school. That’s what we’re looking to fill.